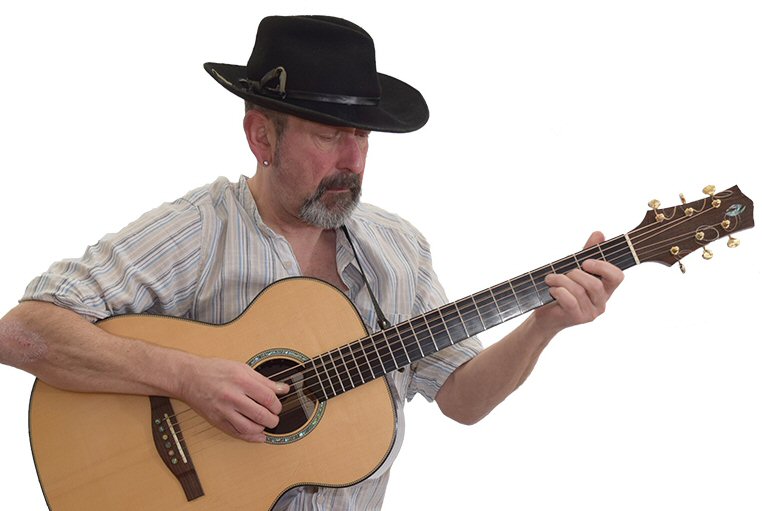 Phil’s solo music career began almost 30 years ago and he is now widely regarded as one of the finest and most distinctive guitarists working on the current UK acoustic / folk music circuit. In addition, many years of gigging have resulted in Phil evolving into a perceptive and heartfelt songwriter as well as a ‘freestyle’, humorous troubadour who puts on a great show.

Phil’s song-writing often reflects his own social/political views, not in a ‘tub-thumping’ way but in a more thoughtful, often humorous and chorus-based style, reminiscent of his folk roots. On stage Phil is an accomplished performer mixing his virtuosity on the guitar with songs highlighting his rich, husky voice. He is a hugely entertaining performer and uses his humorous stage banter to foster good audience participation.

Over the years, Phil has toured and performed his music in the USA, Holland, Belgium, France, Germany & the Czech Republic, as well as throughout the UK. He has also played with a who’s who of folk and acoustic-related acts including The Spinners, (the late) Jake Thackeray, Isla St Clair, Tom McConville, Phil Beer, Jacques Stotzem, Woody Mann and Clive Carroll.