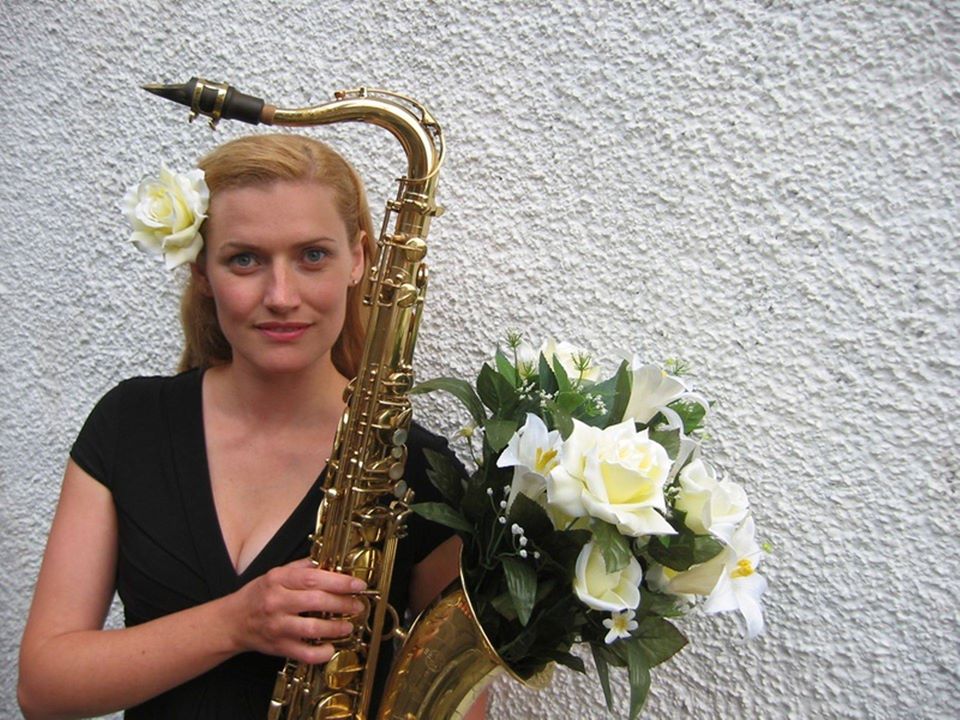 Jo Fooks, born in Edinburgh, began learning the saxophone at 15. In 1992 she won ‘The Young Scottish Jazz Musician of the Year’. Inspired and encouraged by local Edinburgh musicians, Jo went on to study saxophone at the Guildhall School of music in London (1995-99). She also studied at the Berklee School of music in Boston after receiving a full fee scholarship for the summer jazz programme. After recording her debut album “Here and Now!”, the legendary British trumpeter Humphrey Lyttelton invited her to join his eight-piece band. With whom she toured and performed in some of the most amazing theatres and venues in Britain. Humphs fun-filled and melodic approach to music were to be a huge influence. And through performing in his band Jo also recorded and worked with Acker Bilk and played alongside Tina May, Joe Temperley, Scott Hamilton, Elkie Brooks, and many others. Jo’s other influences include Illinois Jacquet, Sonny Rollins, Dexter Gorden, Cannonball Adderley and Bill Evans. Her mellow tone is often compared to Stan Getz and Zoot Simms.