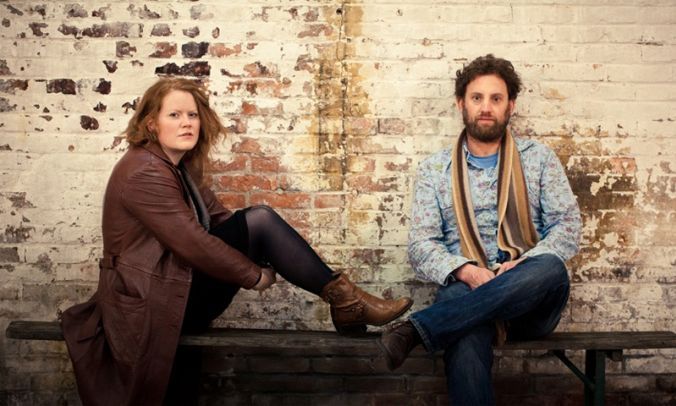 The unique sound of Glasgow’s Doghouse Roses lies in the threads that connect British folk music and Americana. As they prepare to release their fourth album ‘We Are Made of Light’ the duo continue to delight audiences across the UK and Europe.

Paul Tasker and Iona Macdonald met in 2005 and very quickly after started playing music together. Both were drawn to the fusion music of the Pentangle and Gillian Welch, as well as songwriters like Jackie Leven and Natalie Merchant. Iona describes their musical meeting of minds as, “a happy accident”. “We’re both traditionalists, but not in the traditional sense. We look at music through the same eyes and find beauty in the musical moments that defy definition. Perhaps that’s why we often find our own sound difficult to define”.

Other people have also found it difficult to define. The duo found themselves as at home playing folk festivals as they do rock clubs while they honed their sound playing hundreds of gigs all over Europe and the UK. In the 13 years since the seeds of Doghouse Roses were sown, the duo were invite to become members of the Willard Grant Conspiracy, touring with the collective in Europe for 3 years and have also opened a number of gigs for US cult outfit Television on their recent UK tours.

Whether regularly gracing the stage of the Celtic Connections Festival at home in Glasgow or winning over an audience in an East German roadhouse, Tasker and Macdonald are exhilarating live musicians who bring their love of creating music to the fore every time they appear.

Tickets £7 on the door, or in advance from Eventbrite (booking fee applies).