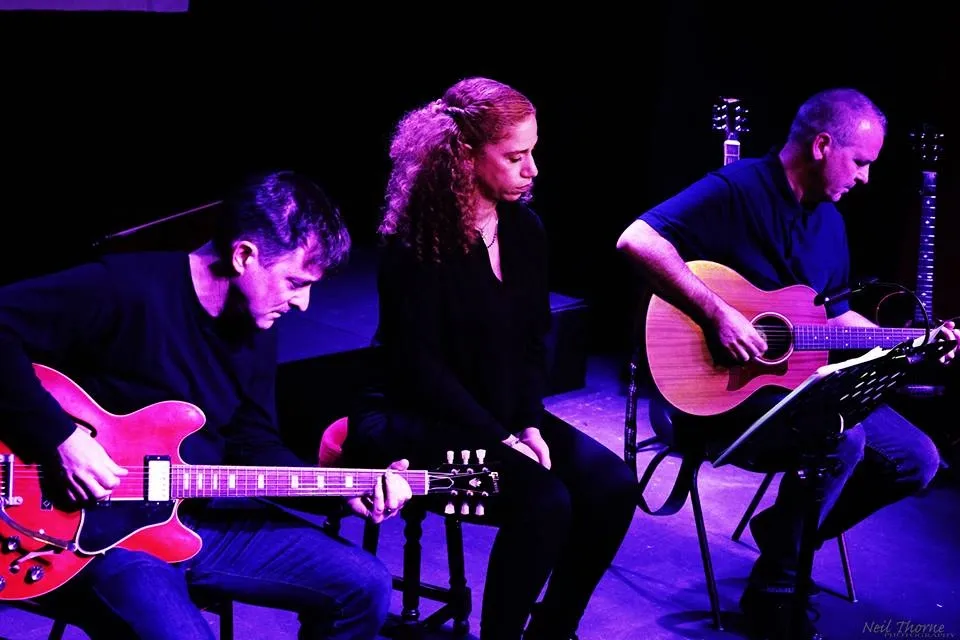 Somewhere around Folk, just north of Americana with an occasional day trip to ‘clever English pop’ and a weekend mini-break to Soul.

The pigeonholing of music can be a foolhardy and ultimately futile pastime so – rather than struggling to find a meaningless catch-all label – let’s just say that Crayon Angels are three pleasant humans writing and performing some nice songs for grown-ups.

The different elements they use – acoustic guitar, a soulful female vocal and atmospheric electric and pedal steel guitars – combine to occupy a place on the musical map somewhere around Folk, just north of Americana with an occasional day trip to ‘clever English pop’ and a weekend mini-break to Soul.

Others, who know more about these things, have written that they are “quintessential English Pop/Folk crossover at its finest” and “quietly magnificent”. Well, if you insist…

The subject matter of their songs touches on such thorny issues as: older person love, the ludicrous behaviour of middle-aged men and the joys (or otherwise) of parenthood with shades of Richard & Linda Thompson, Elvis Costello and Kirsty MacColl peeking through.

Their second EP ‘Postcards’ popped out on the Submarine Broadcasting Company label and received plaudits and airplay in all the right quarters (BBC Radio’s Genevieve Tudor, Blues & Roots Radio, Liz Franklin, Chris Arscott, Brian Player, Fiona Elcoat among others). They are currently dipping their dainty toes back into the waters of recording with a view to an album release in the not too distant future.

With past live appearances at such convivial and well established venues and events as The Harrison, The Water Rats, Kontra Roots, the Running Well and Bishops Stortford acoustic clubs and the Loughton, Royston and St. Neots folk clubs as well as some rather fetching upcoming festival dates (sharing the bill with the likes of Eddi Reader and Steeleye Span) – Crayon Angels have a nicely growing reputation as all-round good eggs.